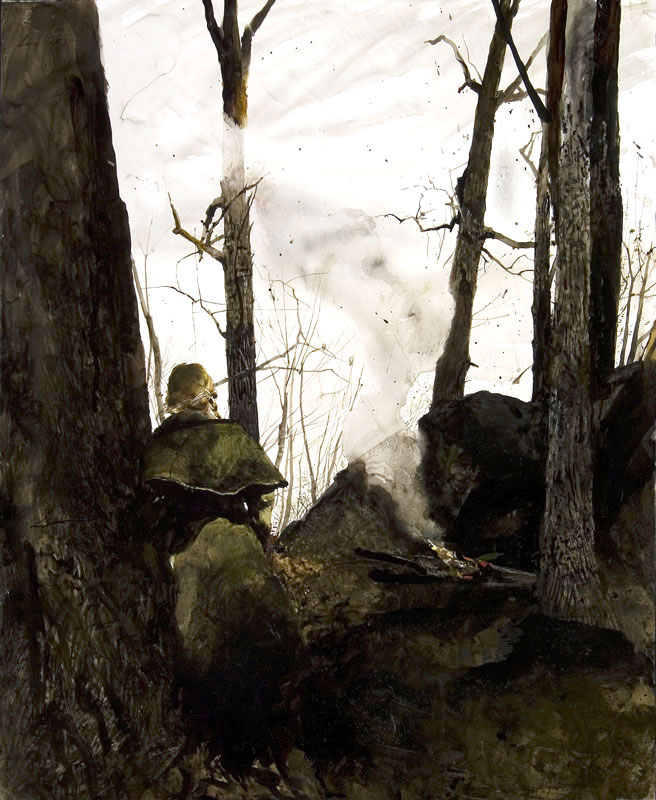 Helga walking in her cape coat in the woods behind the N.C. Wyeth house, Chadds Ford Pennsylvania.

“They fought with him on foot more than three hours, both before him and behind him” 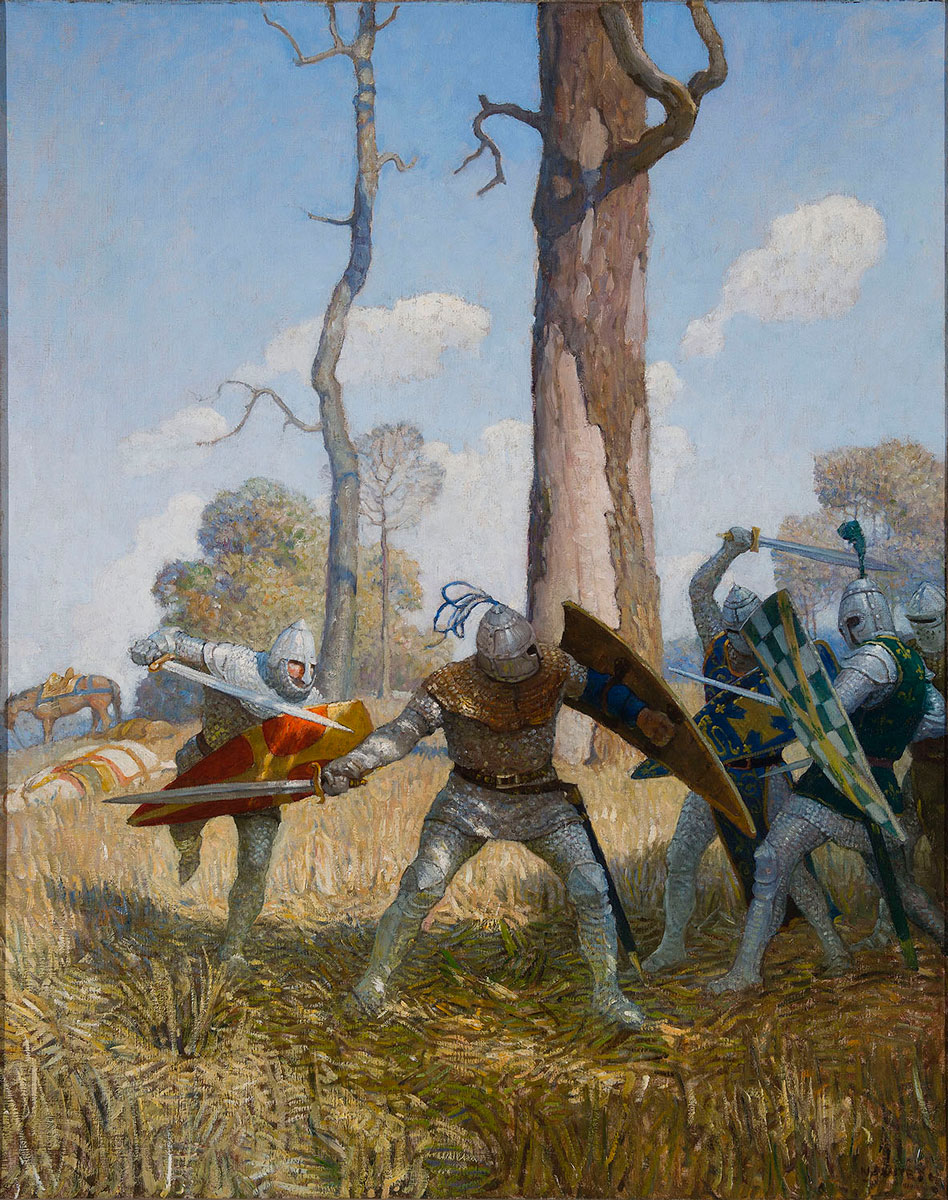 Nicholas Wyeth is the eldest son of Andrew Wyeth, and grandson of N.C. Wyeth. He began his career in New York City working at M. Knoedler & Co. and Wildenstein & Co. in 1965, followed by Coe Kerr Gallery in 1970. He started Nicholas Wyeth, Inc. in 1975, becoming a private art dealer.

N.C. Wyeth was a pupil of Howard Pyle and became one of America’s greatest illustrators. N.C. Wyeth created original illustrations for publications such as The Saturday Evening Post, Harpers, Scribners, and many others. His illustrations appeared in the books of many talented authors such as Robert Louis Stevenson, Jules Verne, and Charles Kingsley.

Andrew Wyeth, son of N.C. Wyeth. Under his father’s guidance he started drawing at a young age. He mastered figure study and watercolor before exploring egg tempera—which quickly became one of his favorite mediums. At age 20 Andrew held his first one-man exhibition of watercolors at the Macbeth Gallery in New York City. The show sold out. Andrew divided his time between Maine and Pennsylvania painting his favorite subjects—the land and people that surrounded him.